Client Article: Call for a new inquiry into air disaster

This is an article written by a happy client of ours, Estelle Blackburn. Estelle is an award-winning investigative journalist from Canberra, Australia.

TODAY’S 80th anniversary of a Canberra plane crash that changed Australia’s political history, and a new revelation about who may really have been at the controls, has prompted calls for a new inquiry. The ‘Canberra Air Disaster’ on August 13, 1940 killed three of Prime Minister Robert Menzies’ senior Ministers and the Chief of General Staff on their way from Melbourne for a vital war cabinet meeting as the Battle of Britain raged. All 10 on board were killed when the plane from Melbourne stalled, crashed and burned on the approach to landing at the Canberra Aerodrome. The dead included Minister for the Army Brigadier Geoffrey Street, Minister for Air James Fairbairn, Chief of General Staff Sir Brudenell White and Vice-President of the Executive Council Sir Henry Gullett.

The impact of the deaths of these four vital war strategists and heroes of World War I was an enormous blow to the nation’s military and political leadership. The RAAF pilot, 28-year-old Flight Lieutenant Bob Hitchcock, was blamed for flying error at the coronial inquest and Air Force Court of Inquiry.

Rumours swirled at the time that Minister Fairbairn had pulled rank and was flying the RAAF Lockheed Hudson bomber. James Fairbairn was a World War I fighter pilot hero, a lauded flying ace who had just beaten the round-Australia flying record. He knew everything there was to know
about flying – except for one vital thing: how to land a Hudson, which required a unique hard landing. Fairbairn was not trained in flying a Hudson, but was recorded as saying just a week earlier that he wanted to conquer this landing style and practise it at any opportunity.

According to a report in The Australian on Wednesday, Menzies’ private secretary Norman Tritton, who went to the crash site and identified the Ministers’ bodies, had told parliamentary librarian Sir Harold White Fairbairn’s body had been strapped in the pilot seat. This was revealed by former Health Minister Michael Wooldridge, who reportedly had been told it 30 years ago.

The added evidence of Fairbairn’s role has led to calls for a new inquiry by Bob Hitchcock’s family in Melbourne – his 81-year-old son, also named Bob, grandson Ken Hitchcock, and Kaye Greene, who was born to Hitchcock’s widow 13 years before she took her life after broad condemnation of her husband’s flying.

“My mother didn’t have any mental health [issues] prior to the crash, but she was tormented by the blame laid on her husband, and was in and out of mental health facilities.” Greene said. “I came home from school one day to learn she taken her life in the bath.”

The family had been buoyed in 2013 when Andrew Tink, a barrister and former NSW Shadow Attorney-General, judged that Fairbairn was most probably flying after examining the evidence. He said so in his book Air Disaster Canberra – the plane crash that destroyed a government. Tink points to Fairbairn’s stated plan to practise landings whenever possible (not produced as evidence at the inquiries), the pilot being told by his RAAF superior that if the Minister “wants to have a tickle at the controls, let him”, an unexplained 15-minute delay after the plane had been given the go-ahead to take off from Essendon airport, and the pilot’s training, experience and perfect landing at Canberra just weeks before.

Minister Fairbairn could have moved up front during the delay, probably taking the seat of the co-pilot, Pilot Officer Richard Wiesener. Identification of the badly burnt and mutilated bodies was difficult and Tritton’s account disappeared. In his report to the Coroner, Superintendent of the Canberra Community Hospital Dr Duncan MacKellar, who responsible for the identifications, reported that Mr Tritton did the identifications, but there was no statement from him and he was not called to give evidence.

There were inadequacies in the identification, including Fairbairn being identified, by old war wounds, as having been at the back of the plane. These wounds were said to be to the right shoulder and changed to the left shoulder. In fact his wounds were to the left elbow. Elford had old arm injuries from a motor bike accident. The last body identified was one of the three found in the aircraft’s nose. It was identified as Hitchcock on the basis that, at 38, he was older than the already-identified co-pilot, Wiesener, 29.

“But they had the wrong age for Hitchcock,” Greene says. “He was in fact 28 – younger than Wiesener. Fairbairn was the older one, at two weeks shy of 43, so it seems clear his was the older body at the front . “This has now been confirmed by Mr Wooldridge, bringing me relief, but also anger – to think that 10 families have been lied to for 80 years. Political survival was put before the families involved.

“It doesn’t change anything, and I understand that a finding that Fairbairn was flying and responsible for the deaths would cause pain to his descendants – but my mother’s husband’s reputation has been tarnished all these decades. My mother asked so many questions and got no answers, and died from the grief and shame.

“I want a new inquiry now, beyond the pressure of politics and war, to get to the truth for my mother’s sake, but also for all the victims and their families.”

Ken Hitchcock and his father Bob Hitchcock, the then 18-month-old son of the pilot, agree that there has to be another inquiry. “Governments have to be accountable for the decisions they make,” they said. Hitchcock’s family has given authority for DNA testing of remains in Hitchcock’s grave at Springwood Cemetery in Melbourne, as has the family of co-pilot Richard Wiesener, whose ashes are in Sydney’s Rookwood cemetery.

This could be further evidence at an inquiry, as very possibly Fairbairn, wrongly officially identified as Hitchcock, could be buried in Hitchcock’s grave. 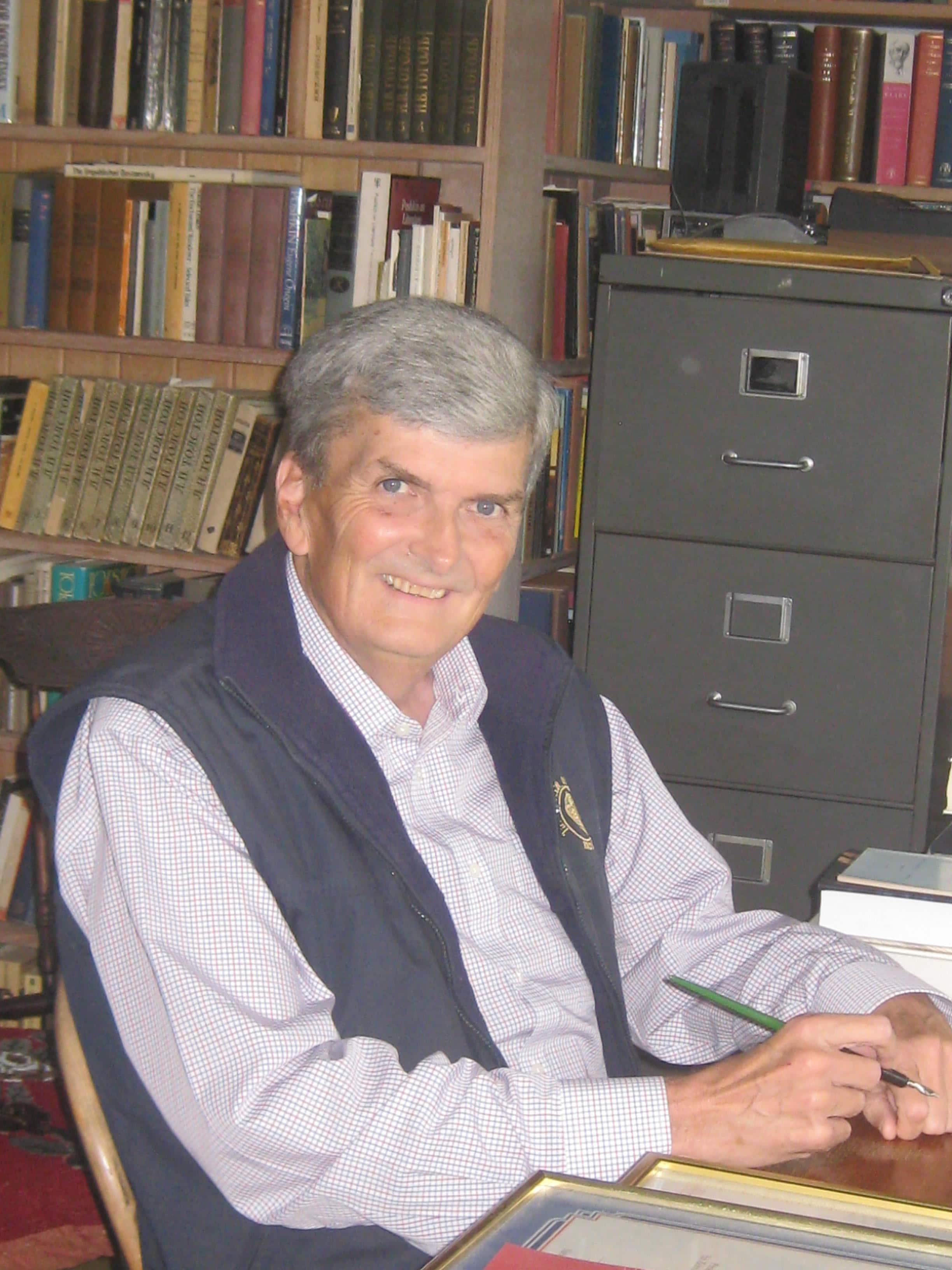 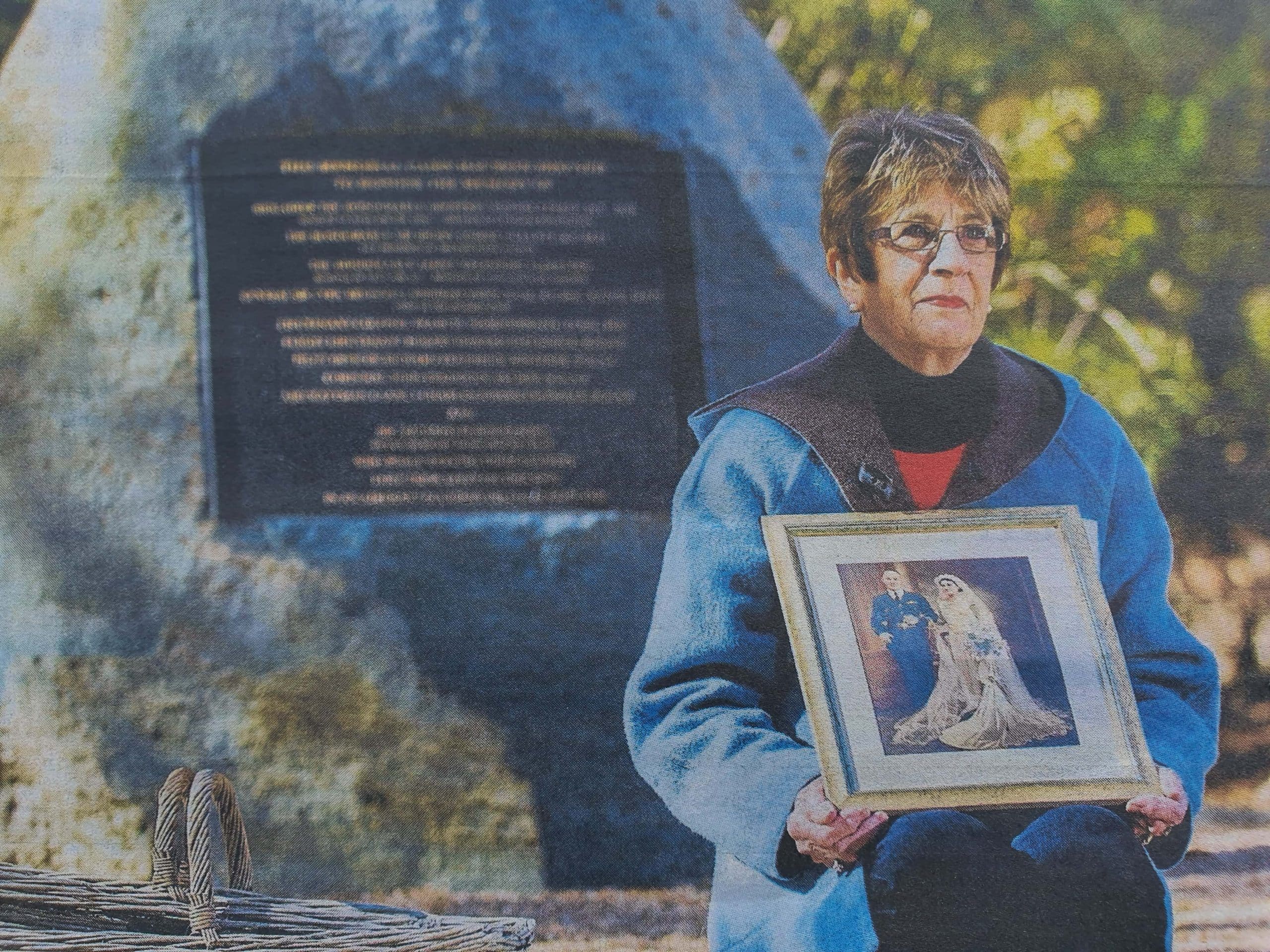